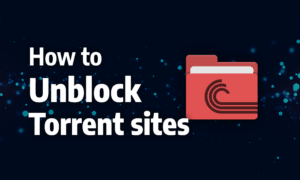 If you’ve tried to torrent a movie, TV show or game lately, you’ll quickly have found that most of the best torrent sites are blocked in one way or another. This is due to concerted action by governments the world over to limit copyright infringement. However, these restrictions are pretty much a joke, and if you want to unblock torrent sites, you can do so pretty easily.

The short answer is that you can get to the top torrent sites by simply using a proxy or VPN. These handy applications will let you spoof your IP address to wherever you would like, meaning you can easily avoid detection while torrenting. Note, though, that these two methods aren’t created equal: even the best proxies leave much to be desired, meaning we recommend VPNs in most cases.

Virtual private networks have several major advantages over proxies, but the most important in this case is that the connection itself is encrypted, meaning you can’t be tracked while torrenting (read our guide to how torrenting is safe with a VPN). This is pretty handy in an age when copyright bloodhounds are hell-bent on handing out DMCA notices on anybody even sniffing near a pirate website.

Read now
VPN Security: What You Need to Know to Stay Safe on the Web in 2020

Below we’ll give you a quick overview of the best VPNs for torrenting, but our fave is NordVPN thanks to its good speeds and specialized torrenting servers. We’ll go into a bit more detail on it below, as well as a few other good contenders, before moving on to the risks of downloading torrents and the origins of these bans.

If you want to download torrent files first and foremost, there’s no better option than using NordVPN to remain safe. It has great speeds (additionally improved by NordLynx, its WireGuard-based protocol) and offers custom torrenting servers on top of that, meaning you should have untrammelled torrent downloads at any given time.

We have a full guide available on how to torrent with NordVPN if you want to know how to get started, but we’ll recap it here and let you know it’s as easy as pie. Besides torrenting, NordVPN is also very powerful in every other department, letting you access Netflix from anywhere while keeping you safe as well. Read our full NordVPN review for all the details.

Our second favorite VPN for P2P downloads is ExpressVPN. It actually beats NordVPN in our overall ranking for the best VPN, but it just doesn’t quite cut the mustard the same way as its rival does when it comes to torrenting. We have a full matchup between the two, in which we pay special attention to this particular subject; we recommend you check it out.

That said, ExpressVPN is no slouch when it comes to torrent downloads, as you can read in this review. All its servers are high capacity and allow for torrenting, making it very flexible. It’s also the best VPN for getting past the Netflix error code, meaning you’ll have two sources of entertainment at the ready when you decide to give it a spin.

In the third spot we find CyberGhost. While it does have P2P specific servers, it doesn’t have quite the oomph of either ExpressVPN or NordVPN. That said, it is by far the cheapest VPN on the market if you go for the three-year plan, making it very attractive for people trying to save a few bucks. For more information on this service in general, checkout our CyberGhost review.

For torrenting, CyberGhost hits all the important high points: decent speeds, good security and P2P-enabled servers. It doesn’t score quite as well as its two main competitors in all three of these criteria, but it makes up for that with its friendly price and excellent free trial. We recommend anybody at least give this VPN a spin; you have nothing to lose.

VyprVPN is our fourth pick, and that’s mainly on the strength of its Chameleon protocol. You can read all about it in our full VyprVPN review, but in short it not only encrypts your connection, it also hides it, making it seem like it’s not a VPN tunnel at all, just a regular old computer reaching out to the internet. It’s invaluable for torrenters and people living in countries with censorship.

Besides hiding your connection, VyprVPN is also geared toward P2P fans, thanks to its decent speeds (though it did lag a bit in our fastest VPN rankings) and high-capacity servers. It used to also offer a free trial but recently replaced it with an industry-standard refund period. That shouldn’t stop you from trying it out, though, as we think there’s a good chance you’ll like it.

We finish up this recap list with one of our favorite free VPNs, ProtonVPN. It’s a powerful service that comes with a bunch of bells and whistles, including P2P profiles. This profile automatically directs you to secure, torrenting-enabled servers that should let you download whatever you want without disturbance. Check out our ProtonVPN review for all the details.

We’ve included the service in this list because it’s the only top contender that also has a free plan, meaning you can torrent for free as long as the files aren’t too big (the bandwidth isn’t unlimited). As an extra bonus, you can also sign up for a higher tier plan and get ProtonMail — one of the most secure email providers — included with your subscription, which is a great way to round out your online security.

Why Are Torrent Sites Blocked?

As we mentioned in the introduction, plenty of countries take a dim view of people downloading torrents, especially in Europe and the Americas. We explain it more in our article on whether torrenting is illegal, but this is because P2P and copyright infringement have become synonymous. That’s a shame because technically torrents are a great way to share any kind of data, not just ripped-off HBO shows.

However, that’s pretty hard to explain to trigger-happy legislators. The upshot of a very long story is that a lot of countries, mostly in the developed world, have either restricted torrenting or banned it outright. On our censorship around the world page, you’ll find an overview of countries that have put up barriers against torrenting.

Besides making it illegal to torrent files and own copyrighted material, governments often block the sites themselves, too. More often than not, trying to access Kickass Torrents, 1337x Torrent or even ExtraTorrent will just yield your country’s equivalent of a “this site is inaccessible” notice.

However, as you probably already know, there isn’t a single block a government can put up that internet denizens can’t pull down or circumvent. Torrent site blocks, much like the Netflix VPN ban, are particularly silly because all you need is the right VPN and you’re golden. It really is that simple; below we’ll go through the steps.

First off, you need a VPN. We recommend you pick one from the list above as you need to make sure you’re using a good one. If you decide to go by the seat of your pants and just do whatever, you may end up with one of the worst VPNs and a stack of copyright notices on your doormat.

Next up is signing up and installing the service, which is easy so we’ll skip that. If you can handle magnet links, you can handle this. However, we will mention here that if you’re into saving money, NordVPN and CyberGhost have great three-year deals. You’ll also need to install a torrent client, like uTorrent or Transmission, or you won’t be able to download torrents.

Your third step is switching on the VPN. We feel we need to emphasize this: even if you’re just doing a torrent search, make sure your VPN is on. It’s not just P2P traffic that’s monitored, but the sites’ traffic, too. So, even if you somehow manage to get through to a torrent site without a VPN engaged (no mean feat), you’re probably being watched.

With the VPN on, go to the site of your choosing — here at Cloudwards we like The Pirate Bay — and go ahead and find whatever you’re looking for, like all seasons of The Shield or the latest Outlander episodes. No matter which site you like, access should not be a problem with the VPN on.

Assuming you have found what you’re looking for, either download the torrent file or click the magnet link, and your torrent will start to download using the client you downloaded in step two.

The penultimate step is simply not doing anything and, for the love of all that’s holy, do not switch off your VPN. While the torrent is active — either uploading or downloading — your VPN needs to be on. Torrenting without a VPN is a bad idea. If you turn it off, you’ll notice a bump in download speed, but you’ll pay for it in the form of fines from your local copyright watchdog.

Your last step is grabbing a bag of chips or whatever, clicking the file you downloaded, leaning back and enjoying your new movie, game or TV show. Congratulations, you’re now a hacker (well, kinda).

How to Unblock Torrent Sites

We hope this short guide gets you into the unblocked torrenting sites of your choice without too much hassle. If you learn nothing else, please take away that you need a VPN to torrent. We really like NordVPN, but there are plenty of other options out there, too.

Sign up for our newsletter
to get the latest on new releases and more.

What are your torrenting experiences? Do you have any unblocking tips you feel we missed? Let us know in the comments below and, as always, thank you for reading.

Most popular on Cloudwards 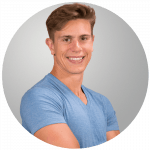 Mauricio is the ultimate shot-caller at CommQueR.com. Having founded the site on a cold and rainy summer’s night in Hamburg back in 2013, he’s been working hard on making it the most authoritative resource for reviews on the internet. Currently his main concerns are industry relations and affiliate management, where his BA in Business Communication Management comes in very handy. Reach him at mauricio [at] commquer.com, though he’s a busy man so he’ll ask you to get straight to the point.
Last articles: